We were still sobering off the high from the original song ‘We Not Humping’ when Monaleo surprised the ‌public by tag-teaming with the talented female Rapper Flo Milli on a much more elevated We Not Humping, the 2.0 remix. This is a collaboration I never thought we needed but am so glad we have.

Where it all began

The release of the original smash hit ‘We Not Humping’ was Monaleo’s way to radiate confidence through music. Monaleo has publicly shared about her constant difficulty with anxiety and depression. In her interview with Verve, she said:

“I always second-guess myself. A lot of my anxiety and a lot of my depression comes from compromising with people and putting myself in uncomfortable positions or putting myself last, second to everybody else’s opinions. If [I’d stopped second-guessing myself sooner,] I would have felt a lot more confident in who I am. Confidence conquers anxiety.”

The contrast of her mental struggles with the confidence in the song is inspiring but also very telling of Monaleo’s character. It discloses to us that the art she produces is her shield from her struggles with mental health. Her art easily unveils bravery that anxiety steals from her daily. Although very young at 21, many people can relate to her self-care struggles and that’s the appeal of the Houston-born Rapper. She fights against her mental health struggles by releasing music that exhibits confidence and defies rejection. Who wouldn’t look up to an artist who encompasses such bravery and courage against all odds?

This unexpected pairing of these melanin goddesses is a moment in hip-hop history. The ‘We Not Humping Remix’ is black girl magic personified. It is so invigorating to see dark skin female rappers attain the attention they deserve. The music industry has overlooked dark skin female rappers too many times to count on two hands. This was a revolutionary “kiss my ass” to the industry.

Who is The Remix Contender?

Monaleo tapped an artist that meshes perfectly with her fashion style, and artistry, and struggles with being accepted as a dark skin female rapper. Flo Milli is an Alabama female rapper who debuted in the mainstream Hip-hop scene with her scalding hot song ‘Beef FloMix’. She released a mixtape ‘Ho, Why is you here? in 2020 which was described by Pitchfork as a “brief, playful project from the Alabama rapper [and] one of the breeziest records of the year, a clinic on nimble shit-talking that’s as effortless as it is brash.” The tape introduced Flo Milli as a colorful lyricist, bold persona, and her known stiletto high standards regarding men. Her versatility in the mixtape is clear in one of her songs ‘Weak’ which is a fusion of R&B and Hip-Hop. Flo Milli being the best person for the ‘We Not Humping’ remix feature is validated, especially going through her commendable discography in just a short time.

Is the We Not Thumping Remix Bumping?

Monaleo and Flo Milli dove right into it. Usually, remixes contain intros, bridges, and the verse. But, with these two they jumped right into rapping. They complimented each other so perfectly. Someone needs to steal Tyra Bank’s scoring boards for a review because these ladies scored 10s across all boards. Creativity-10, complementary outfit changes-10, hair-10, bars-10. We Not Thumping is confirmation that 2022 is the year for Hip-Hop. 2022 is the year for female rappers. The women in Hip-Hop are certainly giving the men a run for their money. It’s safe to say the remix is in running for the song of the summer. This remix is one for the books. Flo Milli and Monaleo have upped the ante for upcoming femcees. 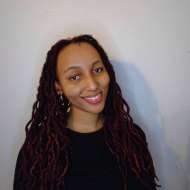