With all these new-age rappers talkin’ ’bout ‘peep the ice on my wrist,’ it’s easy to forget just how important fashion really is in hip hop. It’s always meant more than just flash and nobody understands that more than the women of rap. Instead of name-dropping for the sake of it, rappers like Missy Elliot had bars like “My style can’t be duplicated or recycled, this chick is a sick individual,” or Lil’ Kim’s “I used to wear Moschino, but every bitch got it / Now I rock colorful minks because my pockets stay knotted.”

These are bars to live your life by, and every generation’s got lyricists that bring their own style and flair to the lines; let’s get into the top 10.

There’s probably nobody that looks more clean and flashy at the same time as Saweetie. From her red carpet appearances to IG Live glimpses, Saweetie makes her image one to be taken seriously. Her breakout single, “ICY GRL” (2018), lets us know how secure Saweetie is with her bag.

Latto may just be the hottest thing out of Atlanta in recent memory and she comes with her own fierceness. From her fashion choices to her bars, Latto stands out. Her single “B*tch From Da Souf” got so hot it eventually had Saweetie & Trina featured on it, but Latto still takes the cake with this bar.

Biabia’s ‘Whole Lotta Money’ (2020) had everyone and their mother sayin ‘I put on my jewelry just go to to the bodega.’ Bia had the whole west coast of gas stations rappin bout ‘bodega’ and that is just splendid.

Even Flo Milli’s ad-libs drip. Her single ‘Like That Bitch’ (2020) has set a strong lead for Flo Milli as she continues to make creative but luxurious sounds and music videos.

Iamdoechii is like a shooting star. Just watch in awe and hope you’ll be close enough to see when she lands. Not only does she have some of the most vivid lyrics of any rapper today, but her style cannot be locked down. Outrageous and personal; could say the same for rap as a genre.

If you haven’t already heard of her from her hit single ‘Fashion Nova,’ you might find her in Brooklyn designer, Richardson’s lookbook modeling some of the latest out of NYC. But Maliibu Mitch is more than a pretty face with some pretty names on her; her song ‘Gucci’ rings in as the 5th hottest line of this gen.

Though it’s an older line, it still hits like nothing else because of how surreal and monumental the image is. I imagine Anna Wintour was speechless when she saw she was seated next to Nicki.

Okay, there are plenty of great lines from the rappers of today but nobody will compare to the legendary Lil’ Kim.

The poster girl for 90s luxury hip hop is none other than Foxy Brown. At the age of 15, Foxy had already made a name for herself by turning heads, and by the time she was 18 she had a record deal with Def Jam. If that ain’t some boss shit then I don’t know what is.

You already knew how this was going to turn out. We tricked you with that #4 spot, huh? Nicki Minaj makes the list at #1 for ‘Dip,’ which includes a line about her Harper’s Bazaar cover. The eponymous ‘Icon’ cover is too perfect for Nicki and she knocks it out of the park every time.

(Be sure to check out No Ghostwriter’s other rankings!) 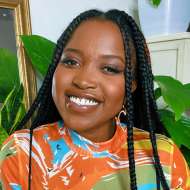