“I think I’ve fallen out of love with making music…”

Yesterday, CupcakKe opened up to her Twitter followers about her lack of affection in making music. She expressed how at this point she just views making music as something tedious she can do to make some money. As an independent artist, making and selling music is her bread and butter because all the sales go directly to her.

But for CupcakKe, there seems to be a lack of love for the experience that she mentioned other artists expressed in the past. She said that she’s been feeling this way for about a year.

Is CupcakKe quitting music? Why?

Music recently feels so tedious for her, unlike when she first started her career. She isn’t tired nor does she desire to take a break from music. CupcakKe explains,

“I don’t think I need a break; I think I’ve been breaking, believe it or not. I like to release whenever I feel. That’s the reason why me and labels won’t work out.”

She doesn’t want to feel pressured by major machines to do things or release music. She doesn’t hate music, she just has a slight affection or like for it.

“I don’t know if it’s because I’m not a socialite.”

She took a turn on the topic of music to describe how she views herself as an artist now versus when she first entered the industry at 19. She describes herself as an introvert who doesn’t like being around a lot of people, attending red carpets, or going to award shows although she’s always been invited.

She started her musical career at 19 viewing herself as a “troll” who was doing what she wanted and having fun. Ironically, that era of her career is what she misses the most. CupcakKe reflects solemnly in the Twitter audio clip, she sees herself maturing into a woman and how she attained more self-respect. But it feels as if everything became boring and not liberating as it used to be when she was just a freshman in the music industry.

As you grow older, never let go of that inner child.

Although she expressed a disinterest in stepping into the studio to make new music, for now, that doesn’t mean she will halt performing. On the 19th of August, she has a performance scheduled in San Francisco. Major artists like Nicki Minaj have expressed quite a few times how writers-block affected her musically.

Sometimes you must step away completely for a period, come back when you rediscover the right inspiration and the love for it blooms again. There’s nothing wrong with going back to your beginnings and tapping into the energy you had at that time. 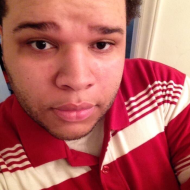