The City Girls have been making major moves and it definitely shows. The rap duo shocked their fans as well as their haters with their stellar, well-choreographed, and executed Coachella performance.

They recently decided to ride the drill beat wave and teamed up with UK rapper Fivio Foreign to bless us with ‘Top Notch’, a collaboration that brought to light their versatility and distinct styles. Yung Miami’s unique high-pitched nasal tone paired with her Florida accent offered us a starter course that filled us up and left us begging for more all at once.

JT’s verse was more than just the cherry on top. It had layer upon layer of classic rhymes that are a perfect blend of gangsta rap and city girl culture. She gave us the whole cake but somehow left us feeling hungry. We want more and more and more every time.

Early May, popular rap artist Jack Harlow announced his US tour and that every city’s favorite hot girls would be coming along for the ride, a welcomed surprise that immediately made it the tour of the summer. The girls have definitely made quite the impact and the industry is taking notice.

Yung Miami and JT have been compared to each other since the beginning of their career as a group. The girls have been besties forever and our society’s need to constantly pit women against each other is something they are no strangers to.

A couple of months back, Yung Miami set the Twitter streets on fire with her infamous track, Rap Freaks. Just a month later, JT joined Summer Walker on her RnB summer jam, Ex for a reason.

The two took time out to work on individual projects and proved they can make just as much noise as individuals as they do as a group which in my opinion is what makes their group the formidable force it is today. We need to show them, love, as individuals without making unnecessary comparisons and trying to cause conflict. After all, what’s this city (the group) without its girls.

Caresha recently stepped out again and dropped another one on Gucci Mane’s new single, ‘First Impression’ and her bars were definitely more than impressive. Her braggadocious boss b**** rap style was a perfect fit and we see why Gucci featured the rapper.

Caresha is always having fun and we are just glad we get to come along for the ride. Check out the track and if you are living under a rock and don’t know who the city girls are, we suggest you fix your life and check them out now and you’ll be just as impressed as their hardcore fans. 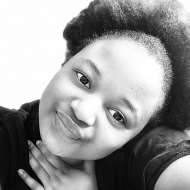