Leikeli47 has just released her much anticipated third album Shape Up– the finale to her “Beauty Series” triology. Shape Up is the perfect end to this series considering it sums up everything her previous works represent while she also makes a comeback better than ever.

Born Hasben Jones, Leikeli grew up in Brooklyn and at one point lived in Bed-Stuy, home of hip-hop legends such as Jay-Z along with her personal favorite The Notorious B.I.G. After releasing two mixtapes titled LK-47 Parts 1&2 she made her major label debut with RCA in 2015 with her self-titled EP. With RCA’s roster including notable artists such as Alicia Keys and Childish Gambino, to the most recent Doja Cat, Flo Milli, Latto, and Saucy Santana, this was a big move for Leikeli and provided her an opportunity to showcase her talent as a producer and writer.

A Rapper in her own lane

Leikeli has always stayed in her own lane in terms of the sound she produces, giving you extremely catchy and danceable tracks with playful beats while successfully retaining her aggressive attitude in her delivery. It’s safe to say over time she has used her diva demeanor and immense amount of sass as her secret weapon while also bringing a whole new edge to those words. This can be seen on her first two albums of the “Beauty Series,” Wash & Set released in 2017 and Acrylic released in 2018- a series inspired by beauty salons which she has described as “safe havens” for women in the black community. Throughout these projects she sticks to the theme while exuding confidence that is highly contagious to those who listen, so it’s clear why Shape Up was very much anticipated.

The lead single “Zoom” was released back in August of 2020 then nearly a year and a half went by until another release was put out which was the well known “Chitty Bang” in January of this year. She went on to release the next two singles, “BITM” and “LL cool J,” along with the announcement of the official album release which she recently spoke about stating:

“Shape Up truly feels like my first album. It’s the craziest feeling. I feel like this is my first time out and no one knows me. I’m finally about to embark on a journey where I’m diving into my fans and they’re diving into me. It’s a fun process.”

Leikeli47 speaking about the release of her ‘Shape Up’ Album

This album resonates perfectly with what she expressed and it truly sounds like the album she’s always wanted to make therefore, even though fans were kept waiting it was clearly worth the wait.

Shape Up couldn’t be a more fitting name for this project as you can hear her “glow up” as an artist and you can feel her confidence now more than ever. The 14 track album has a range of variety from the beats and rhythms to her flow and vocals-resulting in each song having their own distinct sound.

She opens the album with “Chitty Bang” that consists of an extremely catchy hook and fun sound but that doesn’t underestimate her tone and message throughout the track. She comes in hot with:

“Secret Service” is the perfect follow up from “Chitty Bang” and is a fitting track for someone who knows exactly who they are and who continues to be their unapologetic selves. The chorus has an extremely memorable sound and a message that will give anybody the confidence they need.

“New Money” is the next track which gives off “new money, new attitude” vibes as she reminds listeners she never fails at bringing something new to the table, while also incorporating notable beauty and fashion bars that coincide with the beauty salon theme.

“LL Cool J” aka “Ladies Love Cool Jewelry” is suitably next as she expresses the kind of men that catch her eye on top of this early 2000’s hip-hop beat similar in sound to Lil Mama’s “Lip Gloss.”

The well known “Zoom” is to follow with an undeniably catchy sound while she reminds people who she is.

She then switches up the sound with “Done Right” where she expresses having no problem fulfilling needs and expects the same in return. She slows it down and brings a new vibe to the album while showcasing her vocals and introducing her vulnerable and intimate side which will continue to be expressed on later tracks.

Leikeli gets even more vulnerable on the next track “Free To Love” where she reflects on letting go of the person who betrayed her trust and love.

“BITM” short for B*tch I’m The Man, is a great reminder after a song like “Free To Love.” She quickly jumps back to embodying her diva demeanor-as if her heartbreak made her stronger, alongside a beat that will allow listeners to jump right back with her.

In “Baseball” she continues to display her vocals while expressing her qualifications in a man and making sure her needs are satisfied. Based on the sound of this track the placement would’ve been more fitting between “Done Right” and “Free To Love,” but she still delivers nonetheless.

“Carry Anne” brings it back to the “BITM” energy as she acknowledges her worth and makes certain that any man who crosses her path is on the same page with the opening verse:

Along with the closing verse:

The sass is elevated to a whole new level on the following track “Jay Walk,” featuring the one and only Miss Jay Alexander from America’s Next Top Model, where they righteously state, “You know, a good walk can be a first degree offense.”

Leikeli takes it back to her vocals and vulnerable side in “Hold My Hand” with a touching message that would’ve beautifully fit as an outro. This song demonstrates the strength in putting your guard down and the need of having someone by your side during dark and troubled times.

“Get The Riches” is the second to last track which summarizes her message and tone throughout the album as well as speaking on her money driven mentality.

The album closes out with the bonus track “Instant Classic” letting the listeners know who they’re dealing with. This song perfectly ties into the comment she made regarding this feeling like it’s her first time out and you can tell she’s just getting started.

With the chorus to close it:

The ‘Beauty Series’ is officially concluded

Overall Shape Up demonstrates everything that was great about the first two projects of the “Beauty Series” trilogy while advancing those elements and allowing you to get a sense of her growth. This is easily her best work to date and it’s clear why as she has stated, “Shape Up is the defining moment where it all just made sense. I looked at the things that didn’t fold me and I just said, “I’m here.” 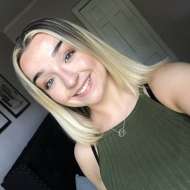